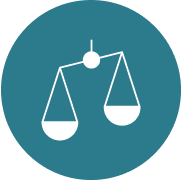 A Court Buddy criminal defense attorney can defend you if you have been arrested, need help with a plea bargain, with a trial, and face fines, jail, or other punishment by the government. Different states define different acts as crimes, classify them differently, and will punish them differently. Generally speaking, however, states treat crimes as either misdemeanors, felonies, or capital offenses. If you have been charged with a crime the government still needs to prove its case against you. You are only subject to punishment if you have been convicted at trial or if you accept a plea (plead “guilty” to an offense and accept consequences). If you aren’t sure what you have been charged with or what to do after you have been arrested with criminal charges, it is best to consult a criminal defense attorney.

Misdemeanors are the category of crimes that are considered the least serious and receive the least severe penalties, usually fines of up to $1,000 or up to one year in jail. The penalties will vary from state to state. Common misdemeanors include simple assault, indecent exposure, public intoxication, disorderly conduct, trespassing, and petty theft or shoplifting, amongst others. Though these charges are not as severe as felony charges, it is still important to get help and make sure your rights are protected. A Court Buddy criminal defense attorney can help defend you if you face a misdemeanor charge.